This week's assignment was to create character of a moderate complexity. We were all given the same starfish concept art instead of a variety of items to choose from, but it was nice because this time we had different views of the character to use as reference instead of a single view like last week's crab that I made. This character was significantly more difficult than the crab, in my opinion, and I had to rely on Nick's video a bit more heavily than I have had to in past weeks. I started the assignment by doing some simple concept sketching over the provided concept art. While doing this, I decided what props I wanted to give my starfish, as well as how I wanted to sculpt and texture him for later weeks. In my concept sketch, you can see a sword, bandanna, pipe, and some seaweed dreadlocks. For later weeks, I'm also going to give him tattoos and some sort of sucker-beard or barnacle-beard.

I estimated this assignment to take 8 hours, but it ended up taking 10.5. 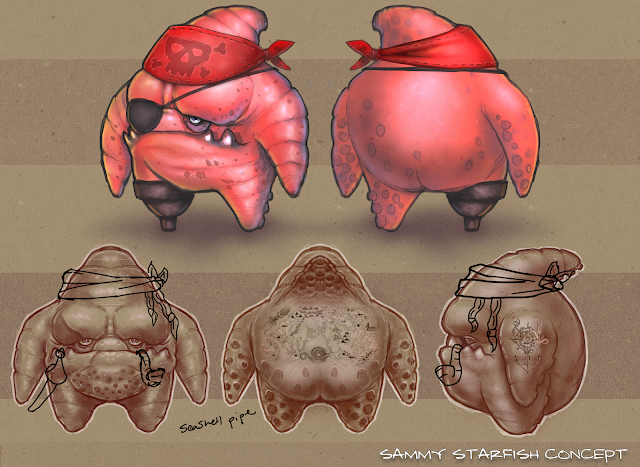 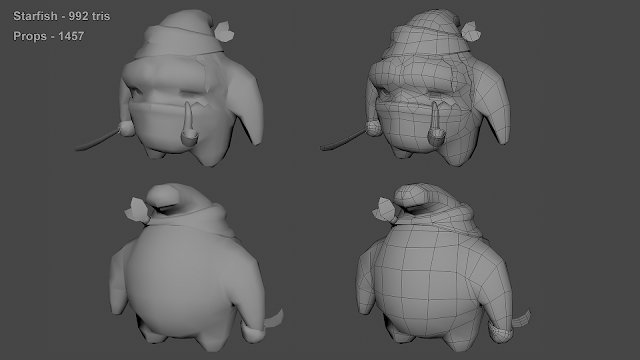 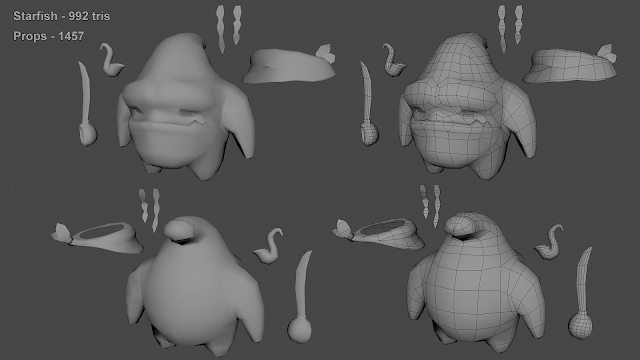 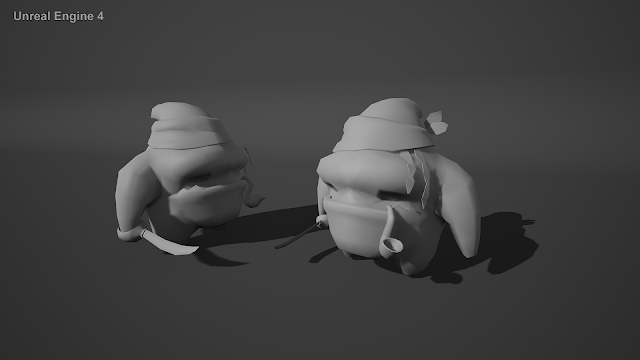