This week we started making small environments which we'll be viewing in VR. My environment started from an old idea I had called Collect Killer, making a pun off of the phrase collect call. It was originally just a pay phone with a bullet hole through one side of glass with blood misted over the rest of the booth with the phone hanging by the cord. It has now evolved to be the shady side of an old gas station that houses the crime scene. This week we were to block out our scene and add low level modeling detail. It took me around 10 hours. 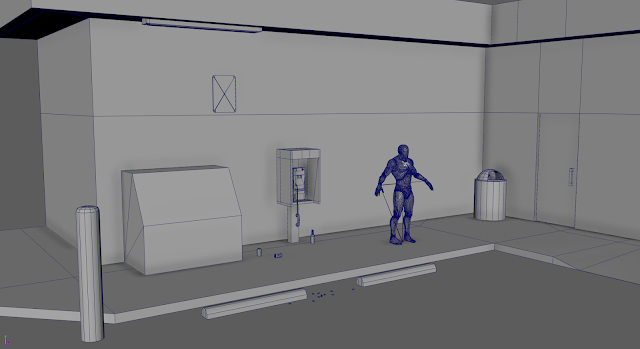 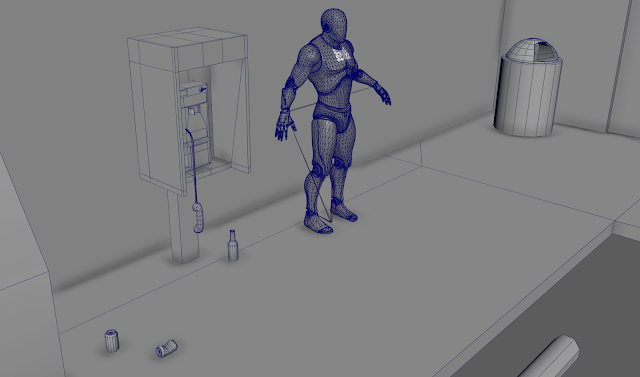 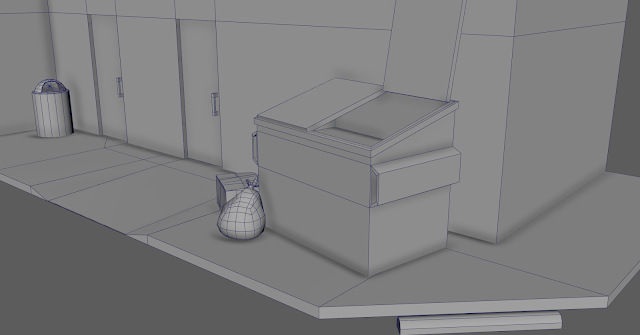 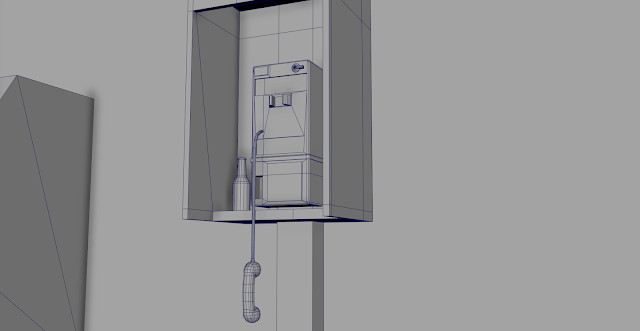 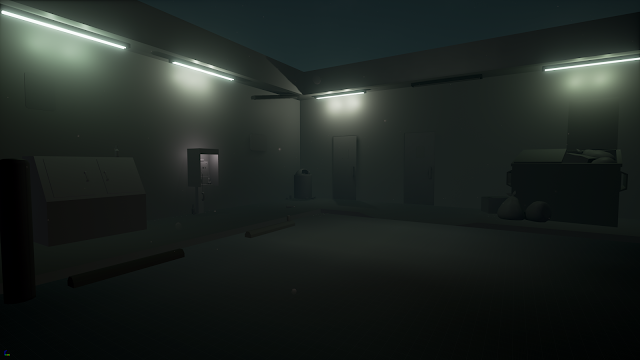 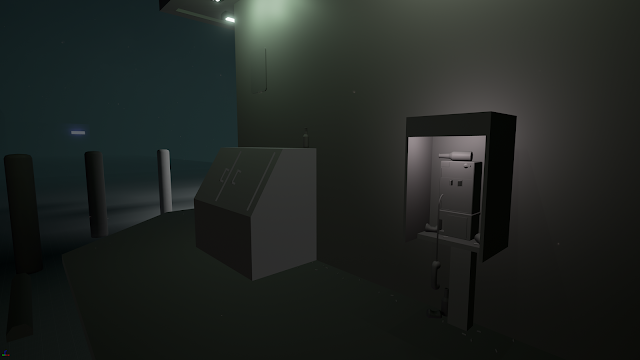 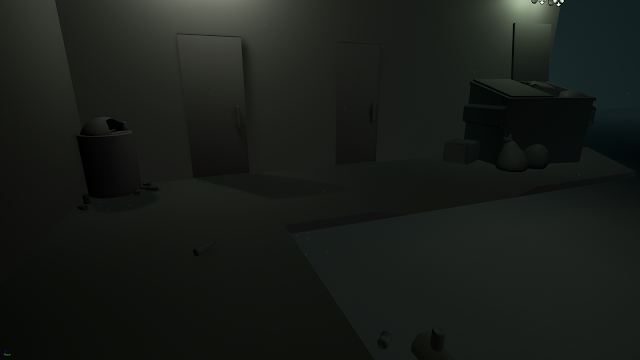 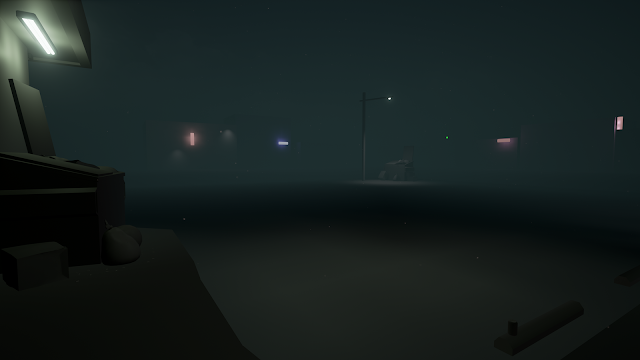