For this week's assignment, we were tasked with retopologizing, sculpting, and texturing out knife from Fusion 360. We were also told to give it a backstory. The Spiderco Techno is a nearly $200 knife, meaning it's more of a hobbyist knife for someone who would have an every day carry kit, containing things like their knife, a firearm, flash light, and other protective/survival equipment. After an apocalyptic event, the owner of this knife found himself forming a militia, which he named Punisher Ops, after the Marvel Vigilante. This knife is his prized possession from the days of civilized life and he carries it everywhere.

This assignment took me about 14 hours to complete and the final tri count was 2871. 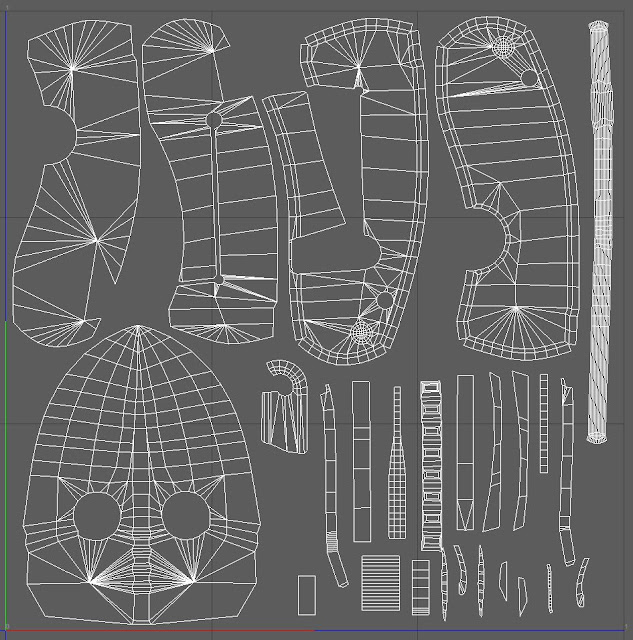 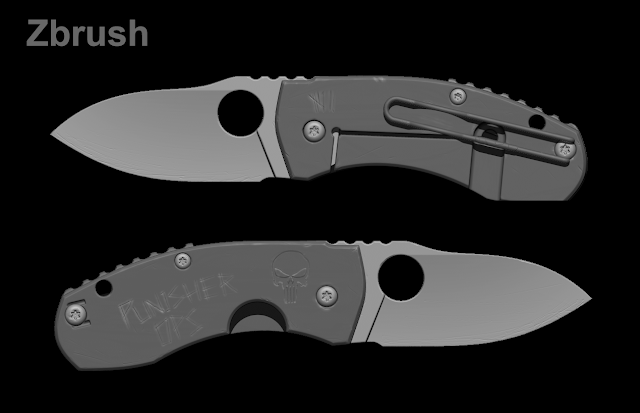 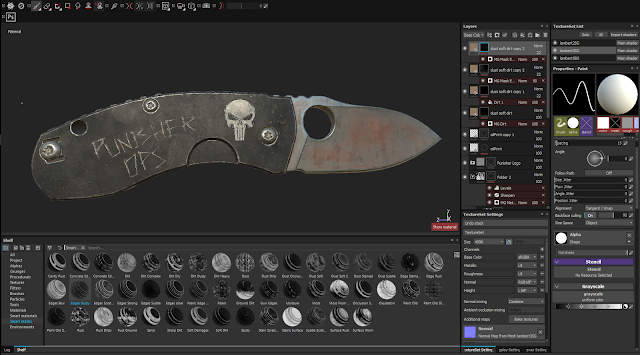 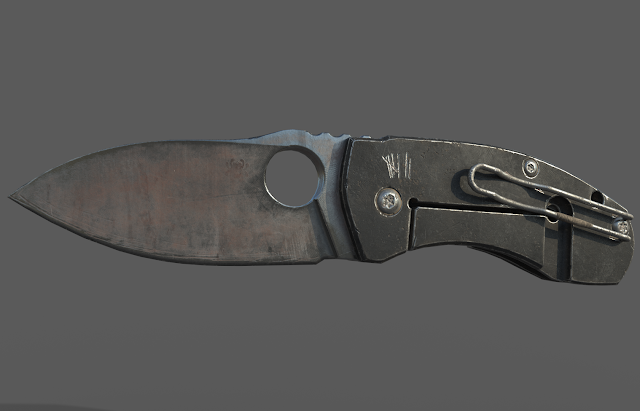 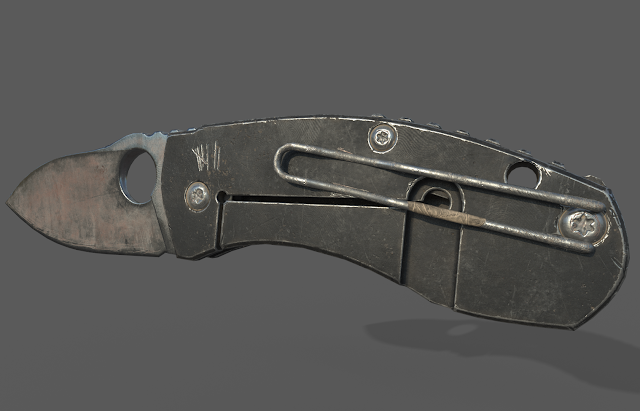 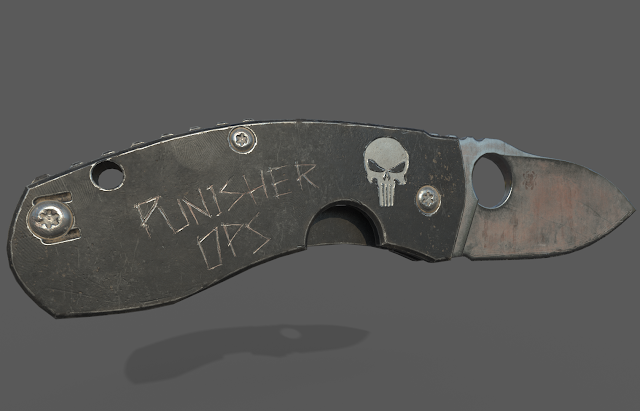 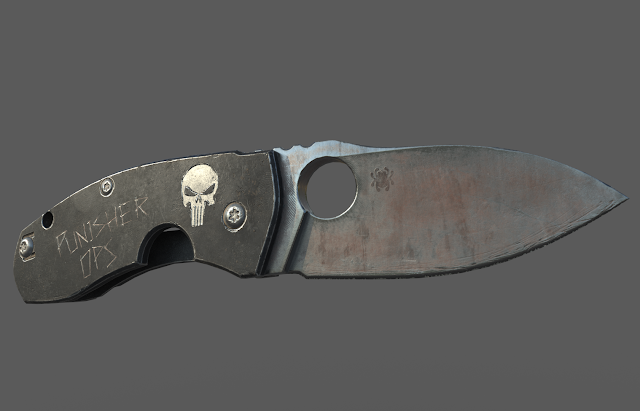 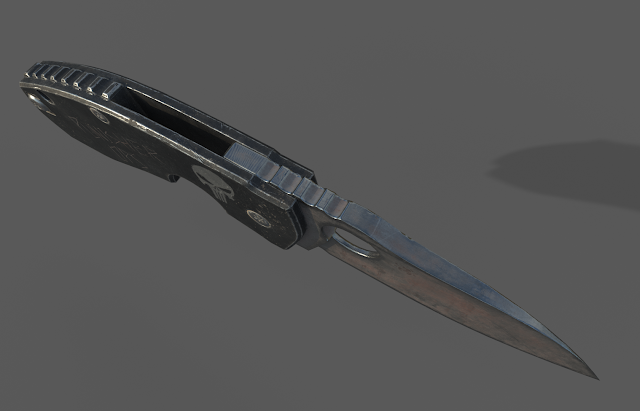